Ever wonder what’s wrong with our education system? Then you’re not alone. The amount of misinformation that is being taught to our children is overwhelming. Instead of letting kids be kids, we have teachers forcing gender, sexual and racial identity politics in their faces at ages as young as 4 and 5 years old. If you thought the curriculum was indoctrination, just watch the Nickelodeon network who has decided that cartoons should present storytime to kids with drag queens. See for yourself: 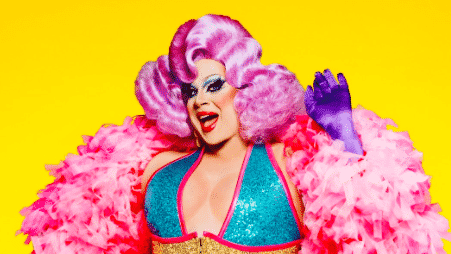 And organizations like Newsela have raised record funding to further these types of efforts and are only becoming more accessible via apps and online programs:

Newsela, a SaaS platform for K-12 instructional material backed by the likes of TCV, Kleiner Perkins, Reach Capital and Owl Ventures, announced today that it has raised $100 million in a Series D round. The financing was led by new investor Franklin Templeton and brings Newsela’s valuation to $1 billion. The new round is larger than the aggregate of Newsela’s prior capital raised to date.

“Hitting $1 billion [in valuation] doesn’t change a thing,” Newsela CEO Matthew Gross told TechCrunch. But the startup is joining Quizlet, ApplyBoard and CourseHero as companies within the sector that have hit the unicorn mark as remote education continues to gain traction.

Newsela has created a platform that strings together a number of different third-party content, such as primary source documents or the latest National Geographic articles. Gross defines it as “material that isn’t purpose-built for education, [but] purpose-built for being interesting and informative.” If Newsela is doing its job right, the content can replace textbooks within a classroom altogether, while helping teachers give fresh, personalized material.

With parents standing up and saying enough is enough with these lessons on race and gender, talking heads like Don Lemon, push back by insulting parents for not sitting back quietly. Lemon explains those against critical race theory were showing their privilege. How ironic considering that Lemon is a millionaire news anchor, who does not have children in the public school system; so clearly a trusted source on child-rearing and elementary education.

Of course, the higher moral ground may not be in Don Lemon’s wheelhouse. The host is currently in litigation, following allegations of sexual assault. It should come as no surprise that his current situation is not being discussed by the media since the mainstream is always there to protect their fellow ‘journalist.’

At what point are we going to give back parental control to the parents?